Let Us Manage Your Commercial Property

PCF Property Management specialize in the leasing and management of Mixed Use, Retail, Office, Medical and Commercial Condo spaces in Howard and Anne Arundel Counties.

Give us a call today and we will help find the perfect rental property for you!

Inquire About Our Services 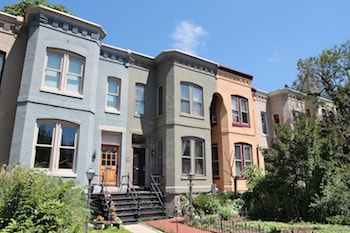 Glenwood is an unincorporated community in Howard County, Maryland, United States. It is located between Baltimore and Washington, D.C., therefore attracting commuters to those employment centers. The community features acres of open space and is districted to Bushy Park Elementary, Glenwood and Folly Quarter Middle, and Glenelg High schools. Union Chapel was listed on the National Register of Historic Places in 1975 and Round About Hills was added in 2008.

The area was settled in the early 18th century by the Ridgley and Warfield families forming large tobacco plantations "Bushy Park", "Longwood", "Ellerslie" and others. In 1822 James B. Matthews purchased a 200-acre farm and stone home from Caleb Dorsey. He opened a post office, on July 30, 1841 giving the area the name "Matthews Store" in the Howard District of Anne Arundel County, which operated until January 1874. The Union Chapel was built in 1833. The Anne Arundel community became part of the newly formed Howard County. Despite southern sympathies, the Civil war ended slave labor on the local farms, slavery was replaced with Jim Crow laws. The Phrenakosmian Hall was opened, renamed to the Howard Institute serving 25 children. On January 13, 1874 the Glenwood postal stop opened. It was renamed to Glenwood by James Matthew's son, Professor Lycurgus Matthews